Meet some of the members 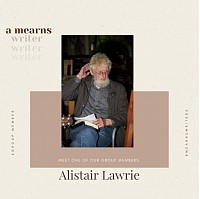 Alistair is the founder member of the group. A former head of English at Cults Academy in Aberdeenshire. 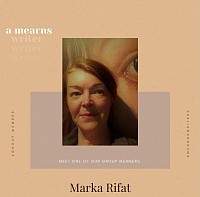 At school, Norman McCaig presented me with a crumpled fiver as a poetry prize and at university a poem was set to music and broadcast on BBC Radio 3.

Things went a bit quiet for a few factual decades. Then out of the blue, stories, plays, poetry and more came to mind and after a while I was fortunate to join Mearns Writers and hone my skills, while expanding my knowledge of literature and writing techniques.

In 2020, my work was chosen for 18 journals in the UK and US, I performed twice on the California-based Rattle Foundation’s poetry programme and was the only commended author in The Toulmin Prize awards. 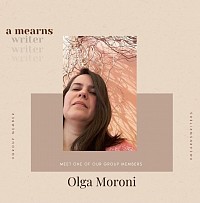 Olga Moroni is originally from Castelo Branco, Portugal, and has lived in Scotland for twenty-two years. She recently won 3rd prize in the Bridport Flash Fiction Competition. Her poems have appeared in the anthologies Stoney Scrievers (2009), Pens & Palettes (2010), An Excitement of Possibilities (2012) and Shore Lines (2016). Her poem ‘Widow’ was published in Pushing Out the Boat (2007). She has worked with children with special needs, as oil lab technician and library assistant, where she has grown into her role of ‘Bookbug lady.’ While she is not reading books to children, or singing songs to babies, she keeps herself busy with studying art. She has a BA (Honours) in Art History and is volunteer threat detector for the Woodland Trust. Apart from loving art and trees, she enjoys running and completed her first (and only) marathon in 2018, in Edinburgh.  She likes challenging herself and is looking into new ways of spending time, post-lockdown, doing what she enjoys the most. She hopes to dedicate more time to painting, writing and will not let hay fever keep her away from long walks! She champions women’s achievement and is greatly inspired by them. 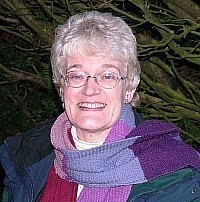 'I write because I can't stop!' - over recent years, stories and poems in Doric and English mainly set in and about life in NE Scotland, where she has always lived; some published in Leopard magazine.

And over recent years Gráinne has also had published several non-fiction books, and presents workshops for family carers and professionals, where she champions effective communication by emphasising the importance of teamwork and effective all-round cooperation.

The most recent was published in 2015 by Routledge, 'Surviving Family Care Giving: Co-ordinating effective care through collaborative communication'.  For more information, check out Gráinne's website 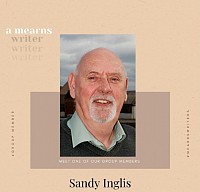 His first full length novel, 'Baggywrinkle and the Harlequin Hippo' was published in 2017 by Drakkar Publishing.

'The Awakening'  was published in November 2020 and is the first in the Eaglerune, series. Book 2, 'The Teaching' will be released in early March 2021. Book 3 'The Doom' is being written.

His nonfiction is generally historical with a Scottish slant and has been published in various magazines.

Alexander's poetry has been published in anthologies such as Limerick Nation (Iron Press). He also writes poetry in Doric Scots, the language of the Northeast of Scotland, which has been highly commended and placed in various Scots writing competitions.

Born in the city of Aberdeen Alexander spent his childhood haunting the woods, glens and seashore around Aberdeenshire. He has been a member of Mearns Writers, his local writing group, for several years.

Click here to read ‘Baggywrinkle and the Harlequin Hippo’ 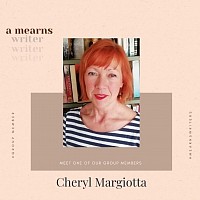 Cheryl is a former television journalist. She says after years of dealing in facts it's a joy to let her imagination run riot. Cheryl writes poetry, short stories and has ambitions to write a novel. She says the support and feedback from Mearns Writers has given her the confidence to seek publication for her work. Cheryl's poetry has been featured in magazines and newspapers. She lives in Auchenblae with her husband Nick and a herd of opinionated pygmy goats. 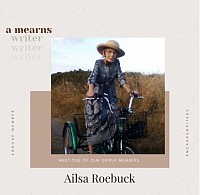 Ailsa describes herself as a little old lady who has lived on the shore between Johnshaven and Gourdon for over 30 years. She joined Mearns Writers several years ago where she says she met some wonderful people. Ailsa writes stories and poetry and has had her work published in anthologies. When she's not writing she enjoys exploring the local woods, tending her garden and is currently engrossed in rewilding her field with the help of her neighbours. 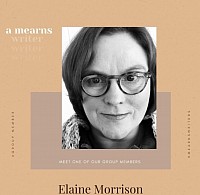 Based in Drumlithie, Elaine juggles work in education with family life and too many cats. She has degrees in environmental and social sciences and worked for twenty-years in community development before taking time out to study for a Masters in Scottish Literature and Creative Writing, graduating in 2020. Her writing focuses on the inter-relationship between people and environment – water and rocks are an obsession. This is Elaine’s first year of ‘proper’ writing and she’s working on a narrative nonfiction book and flirting with an idea for a novel. 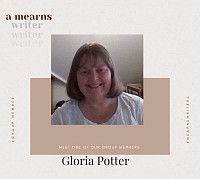 Gloria's first job on Diana magazine, the younger sister to Jackie, saw her in charge of the problem page and the horoscopes. "How was I to know the horoscopes were connected to astrology and not made up," Gloria jokes. Fed up of ponies and puppies Gloria left her native Dundee for Glasgow, lured by the dance halls. A job in Partick Employment Office meant Gloria was responsible for counting the number of people on the register. But she admits to taking wild guesses in her rush to head home to get ready for the dancing. "How was I to know they broadcast figures on the news pointing out that Partick seemed to be bucking the trend with millions more people looking for work," Gloria says.

Disillusioned, she turned her attention to WOOFING. That's working on organic farms to you and I. Two years of goat butts, cow chases and weeding endless carrots led to her retiral. Gloria decided to go to college instead and became a perpetual student where she discovered a talent for writing essays. "Man could I write essays," Gloria recalls. "I even wrote them for other folk. How was I to know there was such a thing as plagiarism?"

Turning the clock back to the problem page Gloria went on to work with communities and helping families with real issues. "You couldnae make them up," Gloria says. She became an associate lecturer to support others in the field, no, not the organic one!

Gloria's writing story began with life story work she did with her foster children. "I saw the power this gave them in reclaiming their identity so I thought I would try it myself," Gloria says. "Little vignettes from my life made me laugh and cry, it was cathartic."

Now in her sixties Gloria has returned to creative writing penning poetry and short stories. Her work has been published in anthologies and podcasts 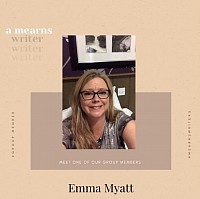 Emma J Myatt has been writing for a few years although her day jobs are as a secondary school English teacher and a holiday let owner. She’s been published in a variety of magazines, including Take a Break’s Fiction Feast and The People’s Friend and she has a collection of self-published short stories for sale on Amazon (Click here to go to Amazon for ‘Dust’ short stories.) Emma has won and been shortlisted in several competitions, including Flash 500, Writing Magazine (with John Murray Press), Grindstone, Ink Tears, Life Plus 2m and The A3 Review. She’s been published in 16 anthologies as a result of these successes and many more times online. She’s been chosen twice to be in Scottish Book Trust’s free paperback which is distributed across Scotland as part of Book Week Scotland and has a print run of 150,000. Emma was interviewed by Jeremy Vine on his Radio 2 show in September 2019 to chat about one of her blogs, ‘Cancer Island Discs’.

Emma’s story ‘The Worry People’ appeared under a different title (‘Sleep Tight’) in The Sunday Post (Scotland) in August 2020.

Emma is currently working on a second collection of short stories, a novel and its sequel and she is currently trying to find an agent or publisher for the novel.

She blogs about writing and posts stories at emmajmyatt.wordpress.com and can be found @EmmaJMyatt on Twitter.